Two years. Hard to believe it’s just shy of two full years since all this stroke business started. Still seems a little surreal at times, to be honest. ..Did this really happen to me? Yes.

The words that have been in my thoughts lately are “full circle”. It was my friend, Kelly, who pointed it out to me to begin with as I shared with her the happenings in my life. It took me a bit to see it, but it’s definitely what’s been going on.

For the last couple months or so I’ve been getting back to where I was before the stroke without really seeing it or trying. It’s just been happening.

Home things like sewing, and kombucha, sourdough, and traditional (fermented) foods. Lol. I know, those things are a big blank and totally gross-sounding ? to most of you, but I was learning about clean (healthy) eating and gut health before the stroke hit.

Then there was vacation. It was was terribly, awfully, horridly hard last year, but SOOO much more (almost) normal this year. And after that, my parents’ came to visit –which meant family at our house every day and evening for a whole week. Still a little hard but not NEAR as much as the previous year.

And then this time, with the birth of our latest grandson last month, I was allowed to be involved in more the way I’d envisioned but never got to with his brother two years ago because of what the stroke stole.

As far as specifics, I’m still using a cane the majority of the time. The issue isn’t so much with my legs as with my sense of balance. It’s much better, but still not returned completely. Still, even with a cane, for my walks I’m up to about 1 3/4 miles most days, including hills and inclines and gravel. I’m also getting better, and more and more at ease with stepping over things and maneuvering around objects. The grandkids’ and their toys give me lots of practice. Lol.

I do still have some problems with my right stroke foot. Not from the stroke itself, but from a defect in my foot that showed up afterwards. If that would ever heal, I think I’d feel like I was walking more normal, and my balance might even improve. There’s a big long explanation, but basically, it comes down to a pinched nerve in my foot. Very painful and leaves my leg muscles tight and kinked up very often.

Then there’s the social end of things. Too much input tires me very quickly. That, and too much thinking or conversing or having to figure things out, makes me strokey. Especially new things. I’ve still not figured out how to describe that strokey feeling adequately to others, but it’s basically really tired, with a slight bit of vertigo in a base of something that feels a little like brain fog, but not exactly. Ha! ? But even with that, all I usually have to do is retreat and get quiet for a stretch, and I’m good again.

My voice is still a little monotone and very very quiet. In general, I tend to avoid talking. Partly because I’m self-conscious, partly because I have to repeat myself a half dozen times, and that makes everybody uncomfortable. It’s particularly hard talking on the phone, cuz I sound so flat which makes me sound harsh and puts people off. Voicemails are a nightmare.? So, this is an area that still needs work and practice.

But even with all that, the brain is such an awesome thing!! I’m constantly amazed at God’s design. The more I do things, the easier they get. Like sewing. It was extremely hard the first time I tried to sew. Super strokey. But then the next time, only a couple days later, my brain had rewired, and it made sense and I could do it with more ease.

The same has been true with the grandsons’. Talk about a multi-tasking workout! A mile a minute in twelve directions. And that’s just the conversation. Lol. But how I love them talking to me and being able to be part of their little hearts and minds and concerns and views. It’s very tiring for my stroke-brain, but I’m able to watch them 2-3 hours now by myself every now and again. We’ve even been able to watch them overnight again occasionally.

Another “Full circle”? (one that makes me very happy?).

That brings me to the neuropathy on my left side. God has been completely faithful there. He didn’t choose to heal me physically, but he showed me how to cope. As I went through this last summer, I had very little problems, as long as I stuck to what he showed me. As a result, my sleep patterns have gradually returned to normal, and the , , , horrible insomnia that had plagued me from the beginning of the stroke lifted completely.

This one thing is HUGE. Being able to sleep makes EVERY other thing SO much better!! ??

And now as we head into cooler temps, I can tell the neuropathy is down by maybe half what it was. I even have short stretches where I don’t think on it at all. The worst times are weather changes, especially when it storms. Something in the nerves answers to the pressure changes and the electricity of the lightning. But those same times that used to be almost unbearable are bearable now. Not necessarily comfortable always, but liveable.

I’m so grateful. God healed my neuropathy in ways that are very precious to me. He didn’t give me the outward thing I was asking for, but he gave me something SO much more…he anchored my soul in himself; his very Substance. The spiritual and not the earthly. And as his tangible Grace met me in this– his Reality– and as we continue to journey together (tho’ he most often has to carry me and my faith), the outward has begun to heal too.

Truly, beauty for ashes. This too, “Full circle”. ?

No, I’m still not where I was before the stroke. It will never be “full circle” in a physical sense. But every day, there’s a little more recovery that happens. A little more healing.

Yes, God let my strength be weakened, but every day now in greater and more present ways than ever before, there’s strength and wisdom not my own. A tangible grace.

Not recovered. But, yes, recovering. A verb. Forward motion. A new life re-blossoming. Still with frustrations and uncertainties and falterings, but mostly … 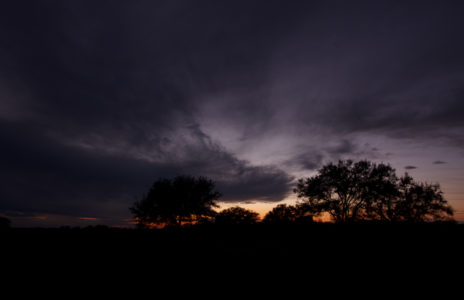 “….in the simplest possible terms, he [the author] says that the ‘dark night’ [of the soul] is God’s best gift to you, intended for your liberation. It is about freeing you from your ideas about God, your fears about God, your attachment to all the benefits you have been promised for believing in God, your devotion to the spiritual practices that are supposed to make you feel closer to God, your dedication to doing and believing all the right things about God, your positive and negative evaluations of yourself as a believer in God, your tactics for manipulating God, and your sure cures for doubting God. All of these are substitutes for God… They all get in God’s way. …

“Those who have come through dark nights of their own … often cannot find the words to say why they would not trade those nights for anything. ‘Yes, they were nights of great loss. Yes, the soul suffered from fearful subtraction. Yes, a great emptiness opened up where I had stored all my spiritual treasures, and yet.’ And yet what? ‘And yet what remained when everything else was gone was more real than anything I could have imagined. I was no longer apart from what I sought; I was part of it, or in it. I’m sorry I can’t say it any better than that. There was no place else I wanted to be.’” -bbt