The cause of my stroke. I’ve been thinking on this again, and kind of needing to revisit it. (Read previous articles here). Conventional thought is that high blood pressure and diabetes both are major factors. And they are. And I had both at the time of my stroke. But as I’ve stated before, 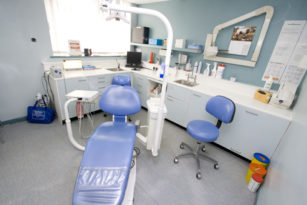 yes, my numbers were higher than normal, but not stroke level by any means. My theory and still held belief is that my stroke was caused by bacteria that resulted from a tooth extraction I had which ended up getting infected.

I’ve been researching again. There’s SO many places on the Internet that are credible and say such is very possible. Some sites even say that having something as simple as gum disease can lead to bacteria and cause stroke. In fact, any infection up around the head is able to do the same if the bacteria get into the bloodstream.

“Infections have long been recognized as a potential, if uncommon, cause of cerebrovascular disease [stroke]. In recent years, with the growing recognition of the importance of inflammation in atherosclerosis [artery blockage], there has been renewed interest in the possibility that common infections may participate in the atherosclerotic process or lead to stroke through other mechanisms. Specific organisms that have been implicated include Chlamydia pneumoniae [pneumonia], herpes viruses [herpes], human immunodeficiency virus [HIV], Helicobacter pylori [ulcer], and organisms associated with periodontal infections [dental]. … Although definitive proof of an association between a specific infection and stroke is generally lacking, the accumulating evidence does indicate that several types of infections may be among the modifiable risk factors that contribute to the risk of stroke.” [emphasis, mine] –MS Elkind, JW Cole


“Dental infections have also been associated with stroke…. All tooth and gum infections are of bacterial origin. Dental procedures can result in toxic bacteria gaining access to the circulatory system (blood supply)….Bacterial infections are also known to cause changes in body chemistry that may create a predisposition to thrombosis (clotting).” –Tom McGuire

So, while its not one of the most common reasons for having a stroke, bacteria and infection, CAN and DO play a part in some strokes. And, while it’s not been overly researched, there’s a large amount of circumstantial evidence from those who’ve had a stroke within six months of having dental work (or any of the other above infections/illnesses) to suggest the idea’s entirely plausible. The circumstantial evidence is certainly there in my case.

When I look at the timeline of my stroke (Nov 2014) in relation to the dental work I was having done in the weeks/months prior then I can totally see a connection. (And I might not have this all exactly right, but generally so). I had 3 teeth extracted July 2014, then 2 months or so of dealing with an infection that wouldn’t allow it to heal. It was horridly painful and just would not heal. I even resorted to antibiotics. For those who know me, they know I would have to have been desperate to use them; it was that bad. (When I was in my late teens/early 20’s the same thing happened to me when I had multiple wisdom teeth pulled, so I suspect, in some ways, I was predisposed to the whole infection scenario).

Then, several weeks later, once I’d finally healed sufficiently, I had my cavities filled. And it was not long after that the neuropathy on my left side showed up. (I wrote some about that here).  The timing of this is another thing that makes me think my stroke was caused by bacteria and not the standard stroke triggers, including BP and blood sugar. I had none of the normal symptoms associated with stroke, and a lot of things were in a weird order. A lot of strokies experience this numbness/neuropathy/nerve damage with their strokes, but mine came before the stroke by about 6-8 weeks. I didn’t connect the two as the same event until later when I found out other survivors had the same nerve damage. With the numbness onset, and the stroke itself, I had no facial drooping, no speech slurring, nothing classic that would say this was a stroke. Thus the delay in going to a doctor.

The MRI didn’t show multiple strokes or other medical events; only one. It did show a moderate stenosis (blockage) of the artery in my brain (tho’ all my other arteries were clear). So, I’m thinking if the bacteria was migrating around my brain for however long, then it could’ve caused a teeny tiny clot to burst forth in the area of the stenosis which showed up as the numbness first and slowly brought on the other symptoms over a period of weeks? Granted, this is rather uncommon, but not unheard of. One article states that,

“Symptoms and warning signs can develop unexpected and suddenly, or they can gradually happen over several hours, days or weeks. When a stroke is small or subtle, symptoms may not be noticeable at all. Many people mistake stroke symptoms for other minor discomforts of the body,” [emphasis mine]  –Tiffany Tseng

Also, with the numbness, the dentist had said the reason my extractions were so painful was likely because it had gotten down into the bone and nerves, and so I also have to wonder if the bacteria/neuropathy didn’t have some connection with that. With all this said, the truth is: I don’t really know how any of that works, and this is all speculation. I do know the nerve pain is very real, and I do know the stroke happened. Beyond that, I don’t really know nuttin’ and cain’t prove a thing. Nobody does; nobody can. And it’s not important to anyone but me, and it’s only important to me as a sideline to puzzle on. Whatever the physical end of it was, it was and is in God’s hand.

Anyway, like I said, I somehow needed to sort thru this all again. Don’t mind me. 😛


Bottom line: if you’re having dental surgery done, be aware. Not “beware”; do what you need to do- but BE AWARE. If you’re in your mid-30’s and upwards, maybe think about starting on a daily dose of aspirin before your dental appointment and for some weeks after. Better safe than sorry.


In future articles, I’d like to share about my reversing of diabetes and high blood pressure thru diet. Even though I don’t feel the diabetes and BP were the direct causes of my stroke, they’re serious issues and DO CAUSE STROKES and other illnesses. And take it from me, strokes are a lot more common than you think. And not just in older people. And you totally don’t want to have one if you can avoid it.

The Interface Between Strokes and Infections


_____________________________________
The purpose of Jordan’s Crossing Herbal Connections is to promote the sharing of information about healthy, natural products and dietary supplements. JCHC’s views and opinions are INFORMATIONAL ONLY and are not intended to constitute medical advice. If you are sick, injured or pregnant, please consult a licensed health care professional.