Ok. Back again. Ready for Part 2 of Herbal Helps for Stroke Patients? 🙂 Here we go…..

One effect of my stroke was neuropathy all up and down my left side. What’s neuropathy? Numbness, tingling, and a sense of coldness and/or burning in the affected area. Kind of an “electrical” feeling. Is it painful? Yes, very at times. Particularly if there’s any wind or air conditioning happening my left side will flare up. (The freezer section in the grocery isn’t exactly a pleasant place to visit 😛 ). Many strokies experience similar things in various limbs. I think I’m a lil unique in that it’s my entire left side that’s affected, but even that’s not unheard of either. It’s similar to diabetic neuropathy, but it’s caused by the brain’s reaction to the stroke instead of diabetes. Unfortunately, not much helps with this. Even strokies with neuropathy who are on prescriptions find little relief from the pain, burning sensations, numbness and constant tingling.

I’ve found a few herbal/alternative things that help ‘a little’.

Motherwort herb for one. I originally started taking this for my blood pressure as it’s an excellent herb for helping with that. But I noticed it also does have an effect on the neuropathy. I take it in a tincture form. After researching further, I found it’s what’s referred to as a ‘nervine’ and so is beneficial to the nerves. I take this every day, morning and evening. Sometimes my side is more flared up than at other times, so I take an extra dose then. Nothing happens immediately, but usually an hour or so later I’ll notice it’s some better; at least more bearable. Not always, but often.

Along with Motherwort, I also take St. John’s Wort tincture. It’s also a nervine, and has about the same basic effect. It’s most famous for even-ing out moods, and treating 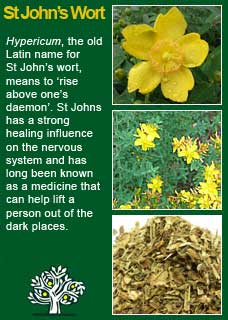 depression, so even if it doesn’t help the nerves themselves, I’m at least in a better mood to cope with it and won’t get depressed. 😉 haha

Another thing I’ve been experimenting with lately is large doses of vitamin D3.  It’s nourishing to the nerves as well. We had very good success with it in treating and healing my husband’s shingles (which is a viral nerve condition) a couple years ago. So I decided to see if it would have an effect on the neuropathy. So far, I’d say it’s about equal to the tinctures in its effectiveness; not immediate, but noticed later. I take it in staggered doses throughout the day.

Other things that I do with the neuropathy is hot/cold treatments in the shower. That’s an adventure, to say the least, 😉 but I do believe it does help a little. I got the idea from here, and want to try some of the other suggestions, but haven’t gotten that far yet. I’m also careful to exercise my left side the same as my right. Both the hot/cold shower and the exercising help to retrain the brain, and keep my left neuropathy side active, awake, and feeling as much as possible. I also use our Green Goop which my mom discovered worked on her diabetic neuropathy better than the commercial preparations she was using. I use it at night and it does noticeably lessen the tingling and coldness fairly quickly, tho’ not completely, but enough to warrant continuing to use it.

These things may not help much in the short term, but my thought is that over time something may kick in. Herbs aren’t drugs. They don’t always work immediately, and must be used over several weeks (or even months) for a person’s system to start responding. That, and the brain has been proven to have the capacity to rewire itself (neuroplasticity). Repetition is key, so perhaps by repeatedly using these herbs my brain will adapt and adjust. Stroke victims have been known to suddenly regain the use of affected arms and legs even after several years. God has designed the brain with amazing capabilities! So, truly, nothing is impossible.

My hope is in Him.

Next time we’ll talk about herbal helps for spasticity, and share some conclusions about going an herbal route in treating stroke.

_____________________________________
The purpose of Jordan’s Crossing Herbal Connections is to promote the sharing of information about healthy, natural products and dietary supplements. JCHC’s views and opinions are INFORMATIONAL ONLY and are not intended to constitute medical advice. If you are sick, injured or pregnant, please consult a licensed health care professional.