Does God want us to eat healthy? I’ve been asking the Lord off and on about that question for a while now. 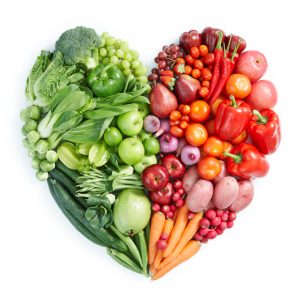 I’ll be honest. I first asked the question cuz I was looking for vindication and to justify my side of an argument. Since I believe in health and healthy living, having God in my corner on it would’ve clinched my victory. At least in my mind.  Lol.

But God didn’t let me get away with resting in my prejudices. Instead, he started challenging my own thinking. Yes, I think I see that he’s concerned about the health of our bodies, but not necessarily with the thought processes we tend to have about it. To him, it’s not about clean eating, being vegetarian, paleo, whole foods, trim healthy mama, or any other way of eating. It’s not even necessarily about being healthy.

I know that sounds strange, but I don’t believe he looks at us and focuses in on any specific way of eating that’s healthier than another. He looks at us and sees…. not lunch… but his house. The place where he lives. We are his temple. Our spirit is his sanctuary. We are where Jesus lives (if he’s in us). 1 Cor 6.19a. And, so yes, he has ideas about how that house should function. I mean, it’s his home, after all.

He also looks at us and sees something that belongs to him. We’ve been purchased by his son’s blood. What’s that mean? It means we’re not our own to do as we please. 1 Cor 6:19b, 20a. You know, the stuff we buy we consider ours to do with as we please, don’t we? Why is Jesus’ purchase of us different in our thinking then? We belong to him, and so shouldn’t he have a say in what we do, including what we eat?

And since we’re where God lives and since he own us, then I believe he wants our heart to be to worship him with our bodies. 1 Cor 6.20b. But does the food we eat actually bring praise and glory to God? I’ve thought about this for a long time.

I’d have to say no. Not in itself. God doesn’t get more honor and glory out of me eating a salad rather than a donut. God doesn’t look at the outward thing. He looks at the heart. So food, in itself, being an outward thing, whether good for you or bad for you, is simply ..neutral. 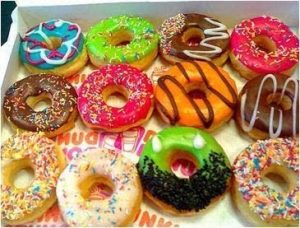 The thing that glorified God on both ends…was the listening to him. It wasn’t the food. See what I mean? The food’s not the thing with God. He doesn’t say, “look at her and how much that salad makes her look godly”, nor does he think everyone is evil because they eat donuts.

It’s your heart. It’s my heart. He’s looking at the heart. Do you even want to know if he has any thoughts about how you eat? That’s the defining line. Not whether what we eat is healthy or not.

Does that mean God doesn’t care whether we eat healthy or not? It’s so much deeper than that. God wants us to learn to listen to his voice. He wants us to care what he thinks. He will lead us aright, even in such mundane issues as food and drink, if we truly want his wisdom.

Ask. Seek. Knock. ..The secret to so many things with God, including health.